Hi! I’m Christine, one of the UArts design students participating in the Arduino for Disabilities Research Project. I have been working with Mitchell during classes, and now we are developing a project, using the Arduino, that will allow Mitchell to turn his bedroom light off and on from his bed. There may be simpler ways to turn off the light but the real point of the project is for Mitchell to develop his Arduino skills. Turning the light off is a big issue in that getting from his wheelchair and into bed is already a difficult task but on top of that Mitchell has to do it in the dark since he can’t turn his light off once in bed.

Today, Mike, Kevin, and I took the bus to visit Mitchell in his apartment, to check out the space we will be working with for his Arduino project, and to learn more about his daily life.

When we first arrived, Mitchell was watching Martha Stewart on the cooking channel. 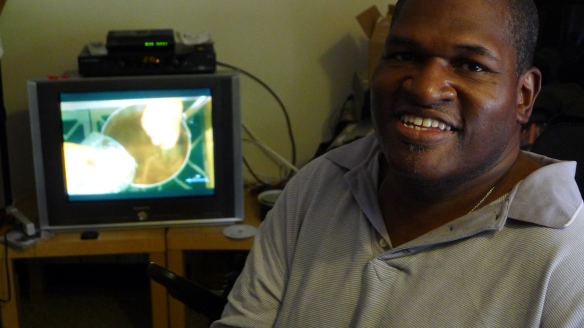 Mitchell keeping himself up to date on the latest recipes.

We have already learned in class that Mitchell loves to cook, so we took a look at his kitchen while we were there. He keeps everything he needs on the lower 2 shelves, for easy reach. He even has open space under the sink so that he can roll right up to it in his wheelchair. 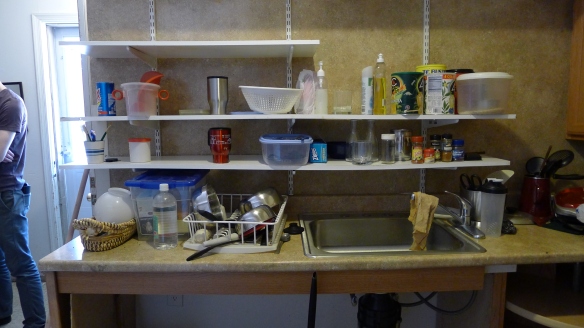 While we were at Mitchell’s, we noticed that many items were kept at his chair’s height, including: the TV and its controls, his computer desk, his drafting table, kitchen items, shelving in his bedroom, laundry.

While there we discovered that Mitchell’s apartment floods during heavy rain, which we’ve had a lot of lately. This means we won’t be able to use floor mats with pressure switches in them as we originally planned. So we might work instead with a PIR (Passive Infra Red motion sensor) as a switch on the wall or bedside. 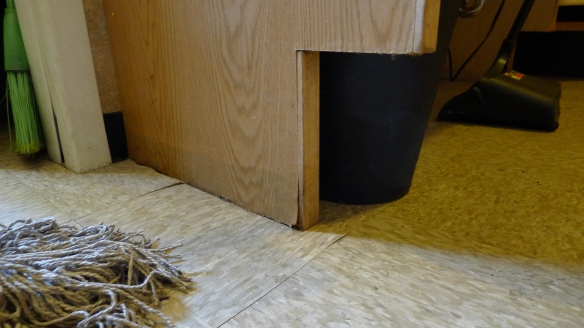 The water line can be seen along the bottom of the leg panel. This steered us away from placing any electronics on the floor.

While Mitchell showed us his apartment, we learned that he was a crew star, and has won many awards for rowing. 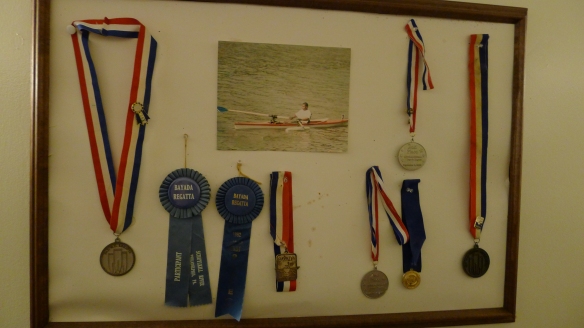 He likes to exercise his upper body, using an over-the-door exercise apparatus. He demonstrated this for us, and it is not easy! (I tried it, unsuccessfully). 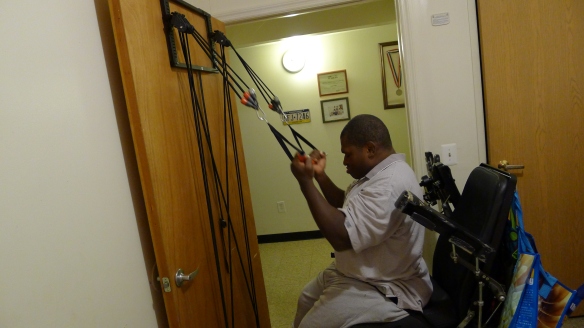 Mitchell also enjoys photography, and was taking a few pictures during our visit. 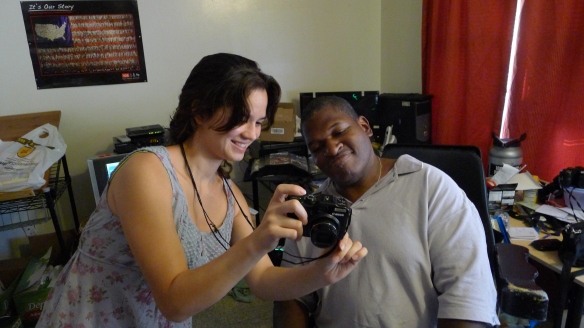 Mitchell and I sharing laughs while looking at pictures.

This trip confirmed the value of Field Research in the design process. Visiting Mitchell’s space allowed us to make several unexpected discoveries which will definitely inform decisions for his Arduino project, as well as gave us insight into his interests and day-to-day life. This information may color certain design decisions further along… 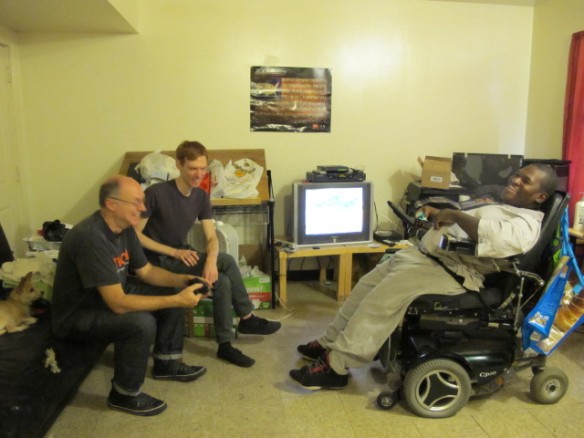 Who says you can't have a good time while doing research?