Our first mockup was more like a crude 3D sketch but it allowed us to begin to uncover many design constraints by stimulating conversation with Michael. What height should it be, can you see over it, how will you interact with it, when will it be in your way, is it uncomfortable, describe a scenario of how you would like to use it etc

Lots can be learned even from a crude mockup

We found out that the mechanism would have to swing or move at out the way whenever Michael needed to get out of the wheelchair to go to the bathroom, take a seat on a train, or go to bed.  This seems so obvious now but at the time it was not even on our radar and so this conversation was very valuable to us. We also learned that Michael preferred to use his Left eye and so we positioned the camera accordingly. 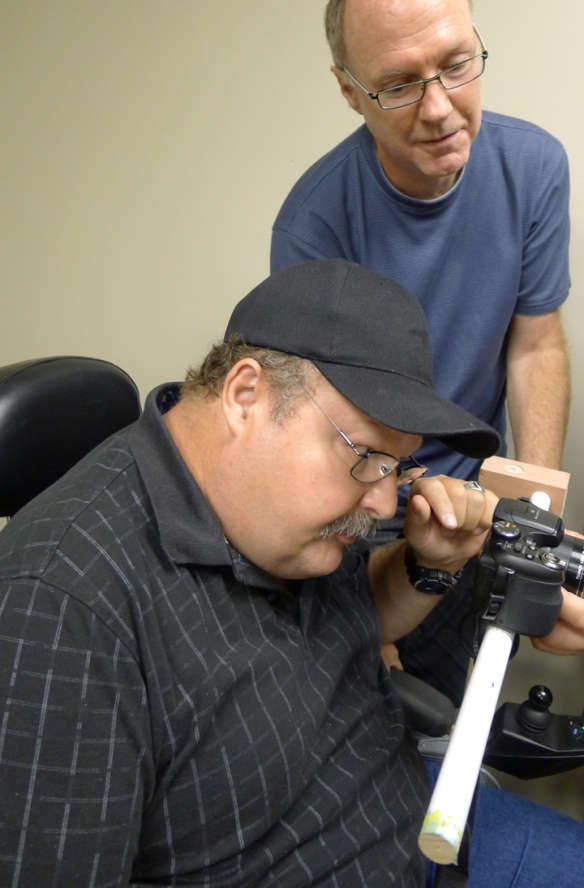 Positioning the camera to suit Michael

We adjusted the height and also checked for interference with his thigh. I bought a footswitch on a whim from an on-line catalog and we tried it out. Out original plan was to use several switches and have Michael would control these switches with his left hand. Michael REALLY liked the possibility of using his thigh to actuate the camera, so we continued in that direction.

We placed the footswitch next to Michael thigh

Now we had a firm direction but a lot to do. I wrapped Michael camera tightly in saran wrap and built a little box around it and poured a 2 part liquid plastic (Smoothon: Smooth Cast 320) into the box. This plastic hardened around the camera forming an exact pocket for the camera to nest. This would make it easy for Michael to accurately position the camera each time he needed to reinstall it.

A molded pocket to exactly fit the camera

The I had to begin machining alum parts to replace the wood structure and Renshape pieces.

Joe worked on the electronics and the programming. We only had a week remaining so there was a lot of pressure. 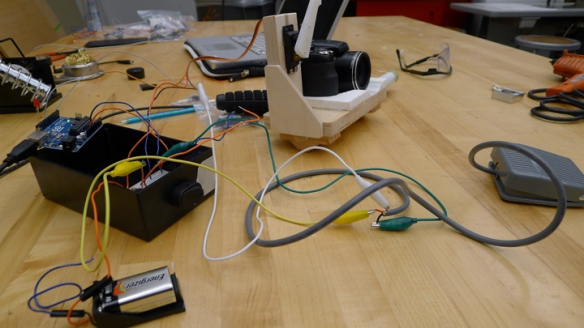 We mounted the servo and completed the structure and soon had a working prototype!

There were lots of small mechanical details to resolve.  Eventually we had a working model that looked like this: 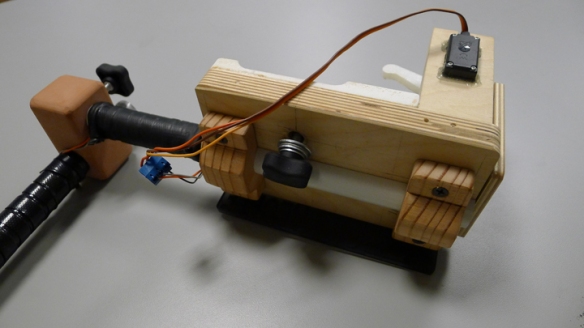 Back side (user side) and bottom view

We asked Michael if there was a slogan that would be used at this protest and he told us “Free Our People”. The organization behind the protest is called Adapt. Armed with those 2 bits of information a Senior ID student from UArts named Mark Scafini volunteered to stay that night to make a laser cut plaque to embellish and personalize Michael’s camera mount. Thanks Mark!

With the laser cut slogan to personalize it

Now all that remained was to mount the structure and wire it and then drive it to Michael who was patiently waiting in order to make his train to Washington DC! We had to motor in the wheelchair across town to 7th and Market from UArts on Broad St. 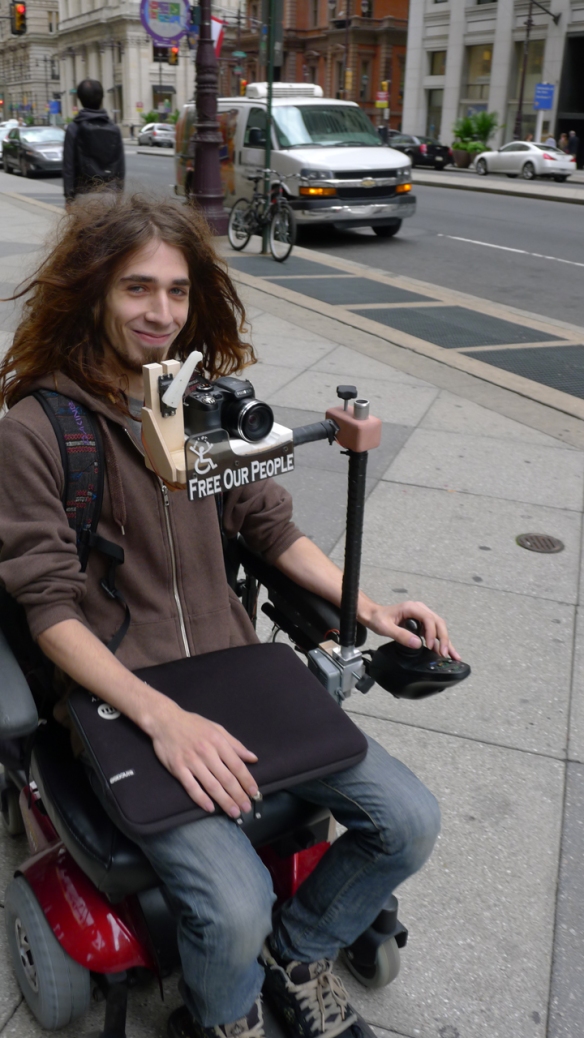 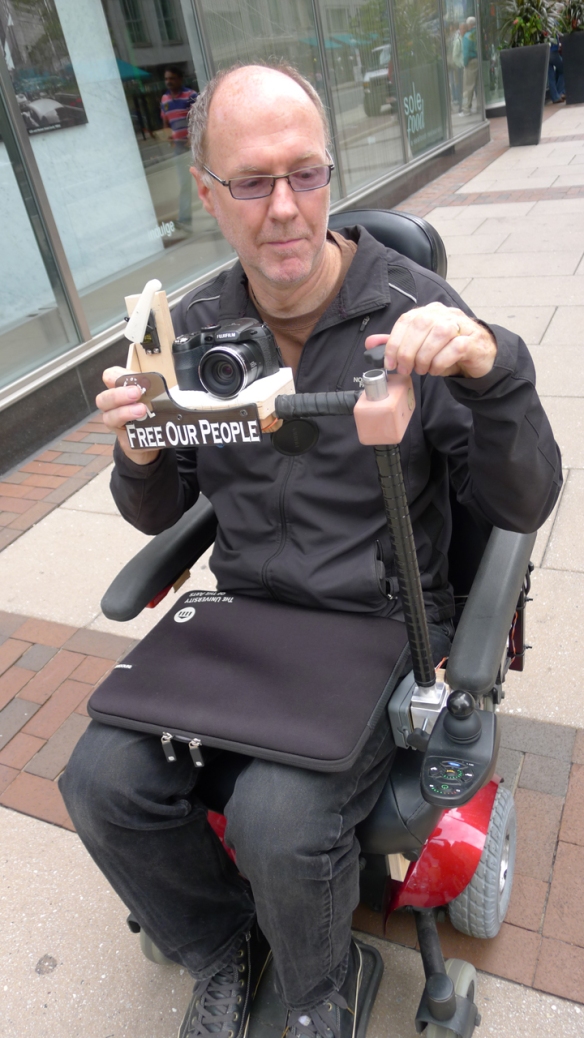 I test some adjustments along the way

Experiencing the city from inside a wheelchair can really change your perception.

A few more shots of our journey: 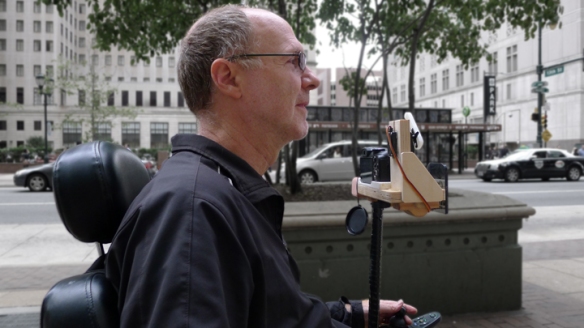 Finally we arrive. Michael was thrilled with our work but he had to race off to catch a train  and get to the protest!